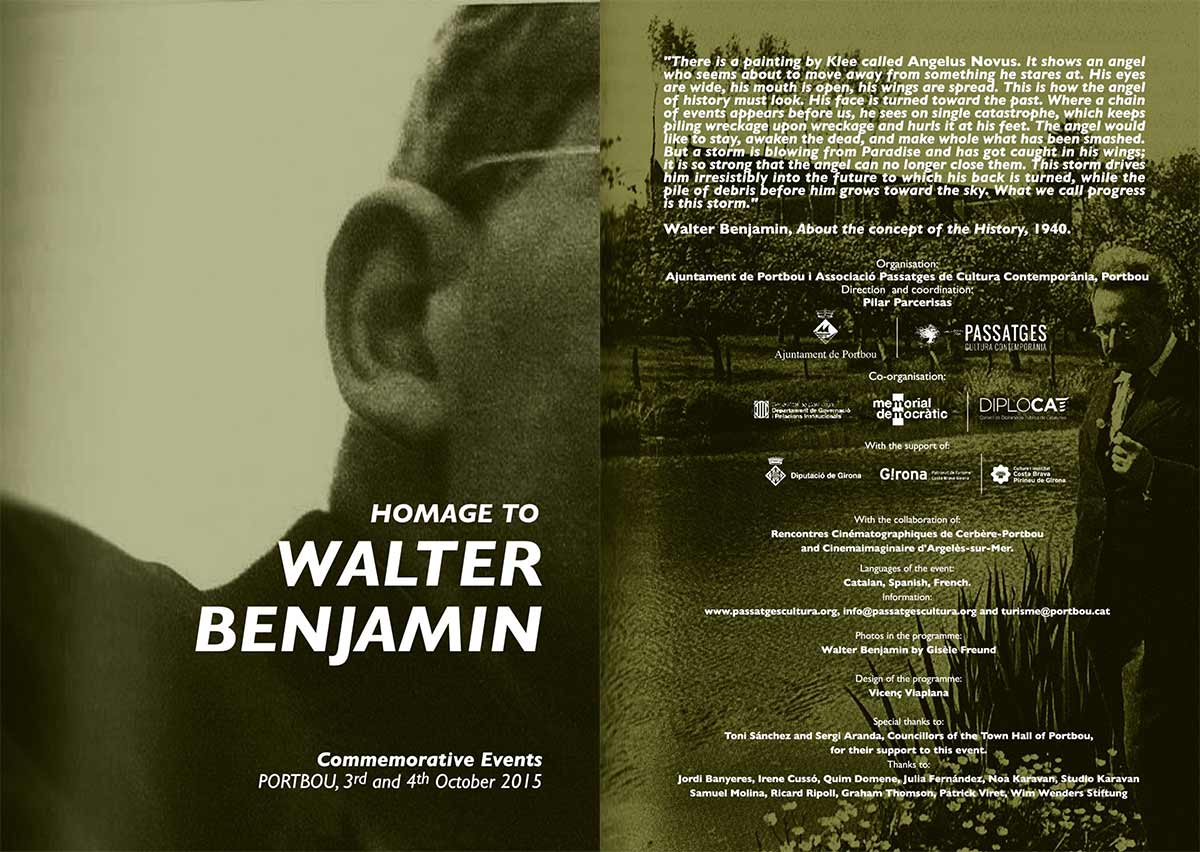 Posted at 11:39h in Dani Karavan, Ephemeris by walterbenjaminportbou
0 Likes

A conversation between Dani Karavan and Wim Wenders, moderated by Pilar Parcerisas, took place on Saturday, October 3, at the Congesta room. About 500 people attended the event where Wenders projected and commented on his films.

On the following day, October 4, commemorative acts took place at the cemetery, the floral offering and the inauguration of a plaque/totem with the dismissal letter that Walter Benjamin wrote in Portbou on September 25, 1940, before his suicide.

Organized by the Asociación Pasajes de Cultura Contemporánea, it was supported by the Portbou Town Hall, the Girona Provincial Council, the Democratic Memorial of the Generalitat de Catalunya, the Patronat de Turisme Costa Brava and Diplocat. In the parliaments, the rehabilitation of the old school building by Norman Foster was claimed and the old building was visited. 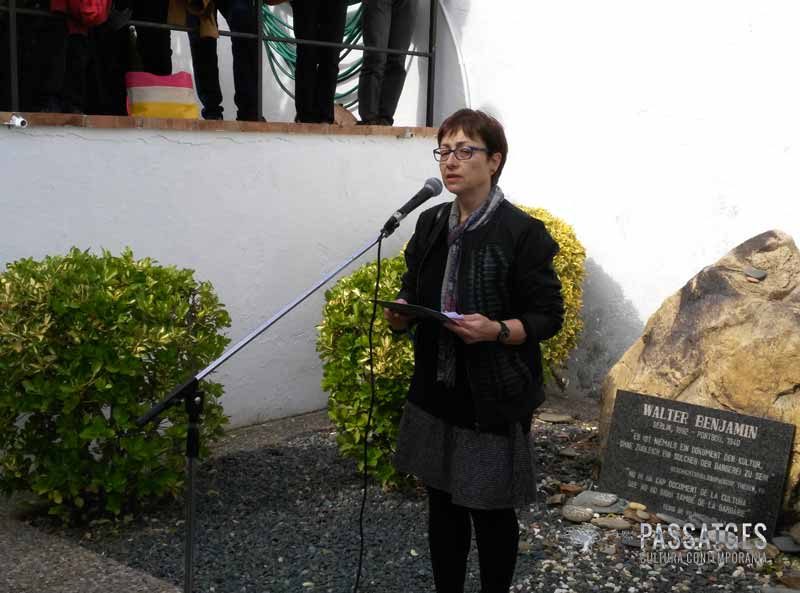 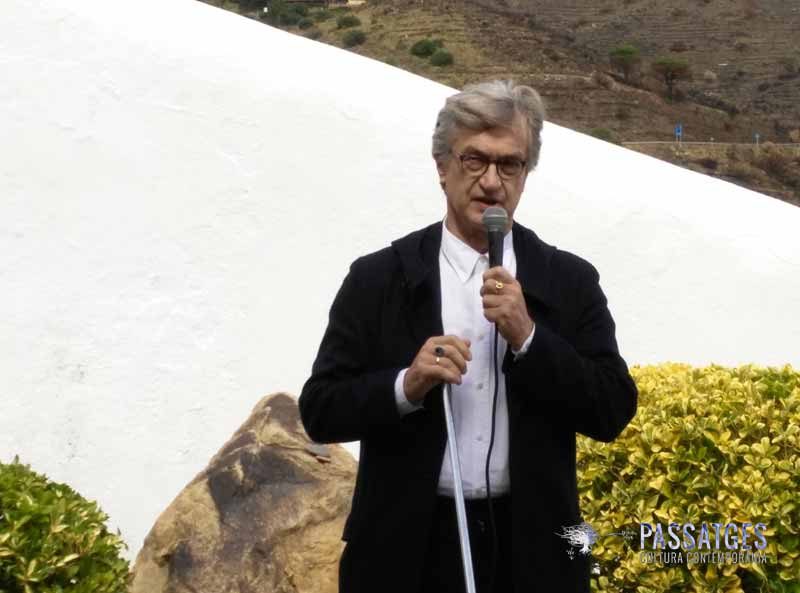 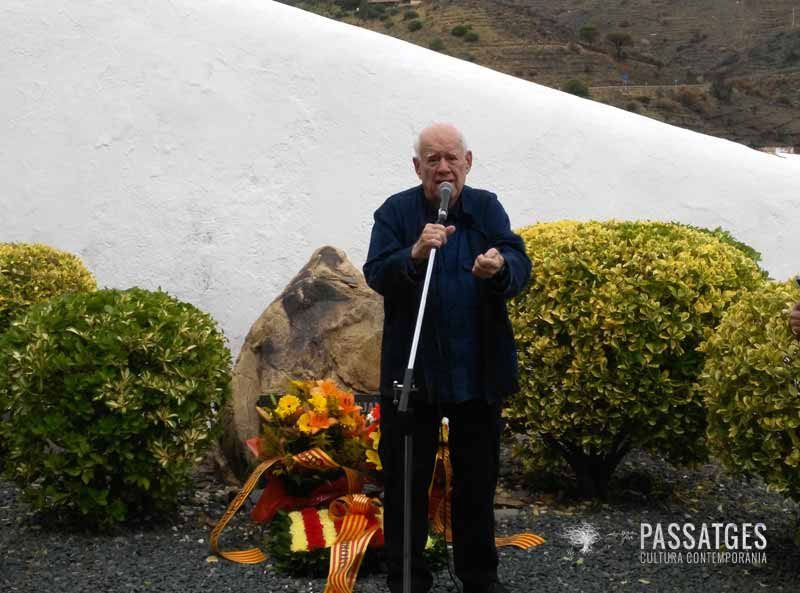 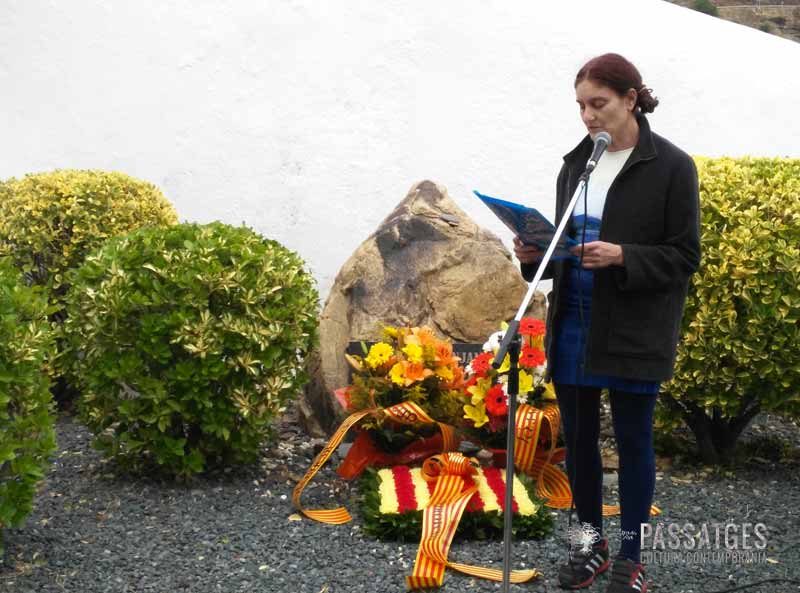 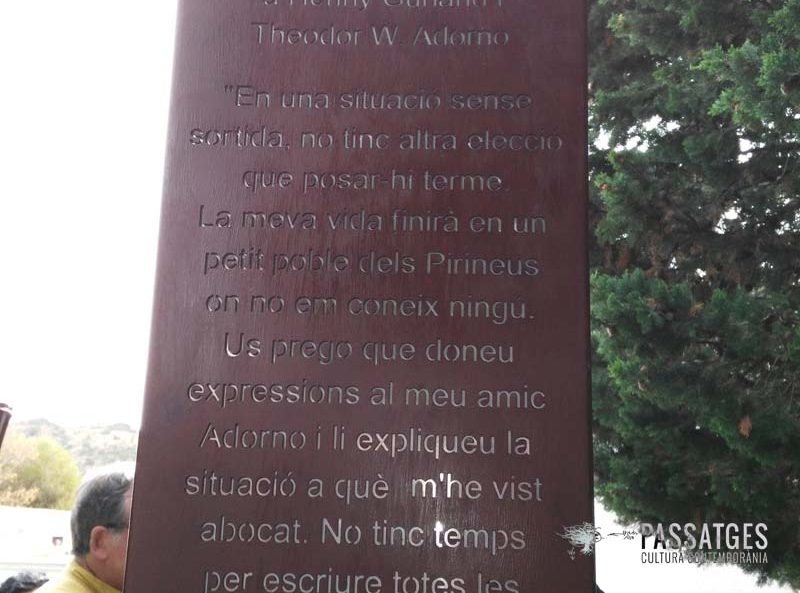 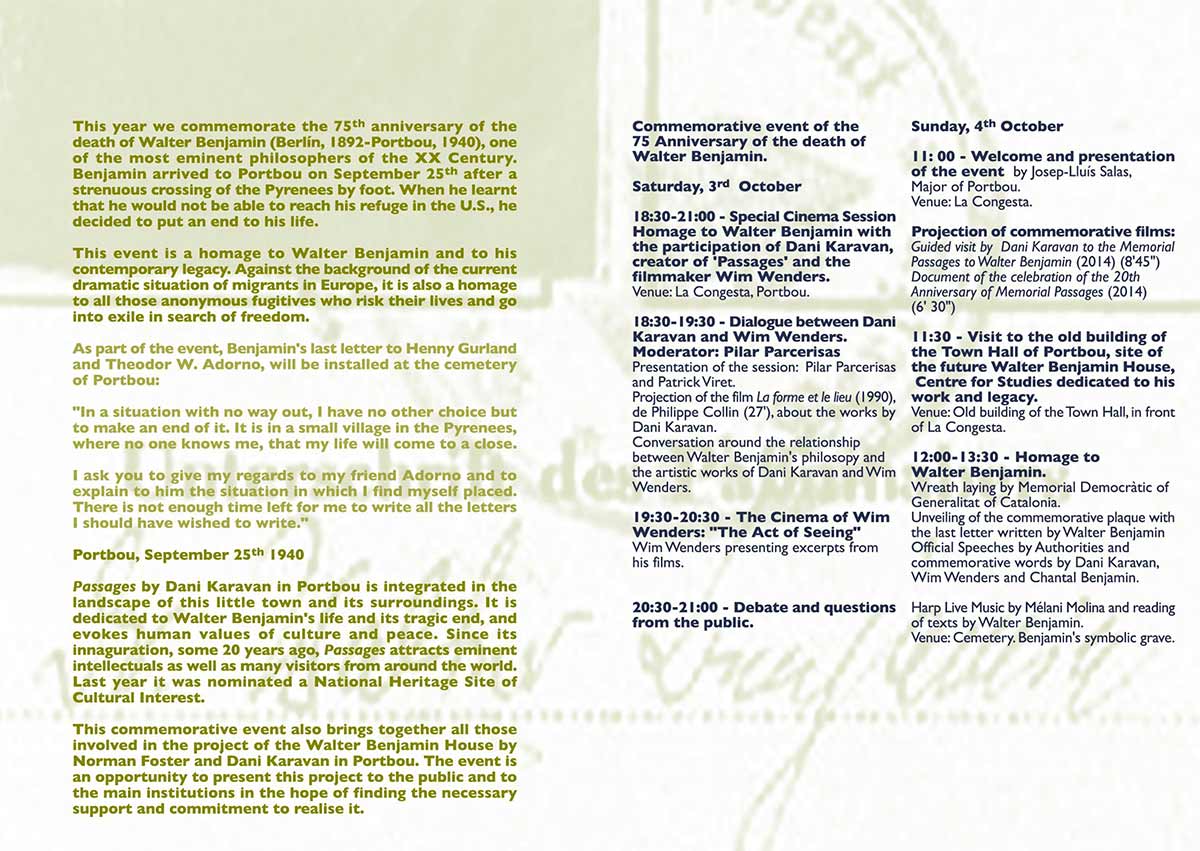