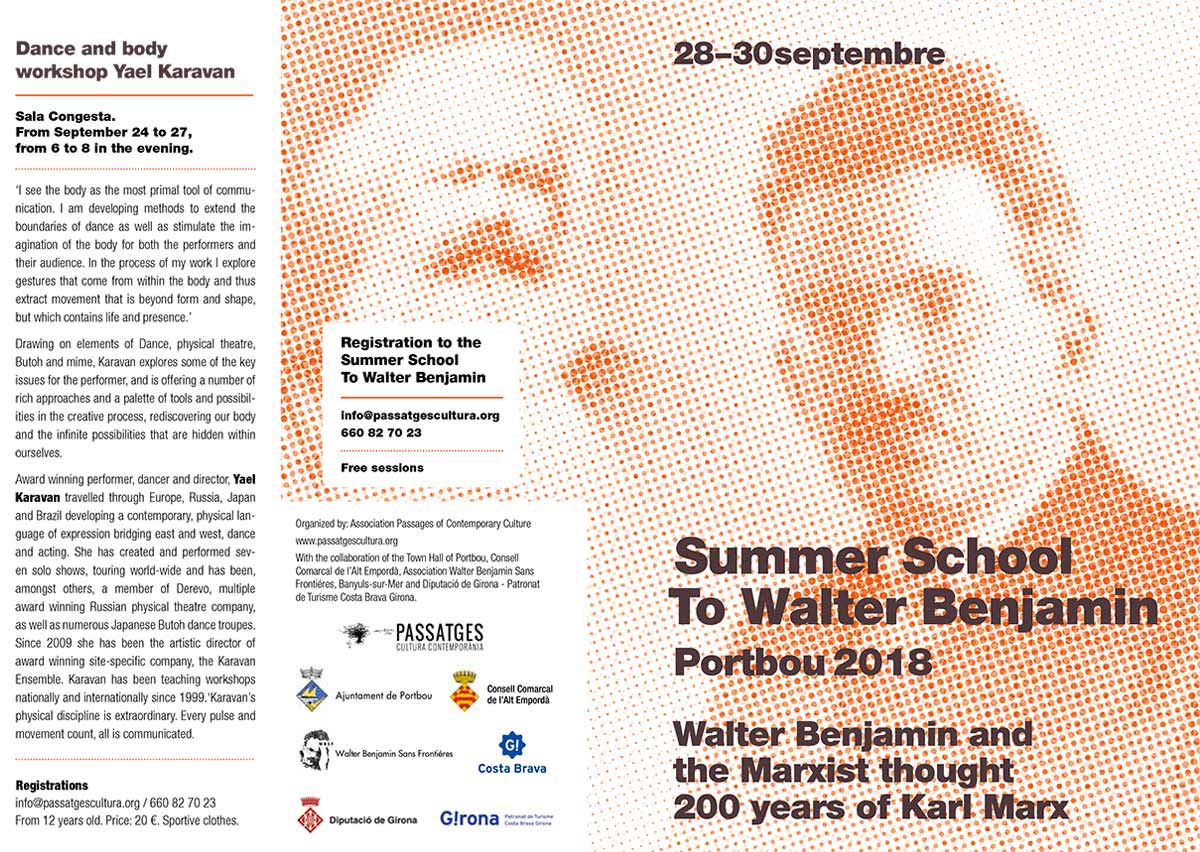 Posted at 10:31h in Summer School by walterbenjaminportbou
1 Like

The third edition of the Summer School to Walter Benjamin will take place in Portbou from the 28th September until the 30th September. This year is the 200 anniversary of the birth of Karl Marx (1818-1883). Thus, the seminar will focus on the Marxist-based thinking in Walter Benjamin’s philosophy of history. The events are organised by Associació Passatges de Cultura Contemporània and Portbou Town Hall.

On Saturday 29th evening will be the opening of exhibition by Ricardo Calero entitled Dreams on the limit at the Customs Hall, Portbou International Railway Station (7:30 pm).

On Sunday 30th September at 11 a.m will take place the closing event with the reading and theatrical dialogue Bertold Brecht / Walter Benjamin by Maria Maïlat and performed by the poets Vicenç Altaió and Carles Duarte (at La Congesta, 11 a.m). Afterwards, on the esplanade of the cemetery (12 p.m), Yael Karavan will perfom a dance dedicated to Memorial Passages, art work made by her father Dani Karavan. Finally, Anne Roche, author of the book Walter Benjamin. Exercices sur le tracé des ombres and winner of the European Prize Walter Benjamin 2018, will make a speech to close the commemorative events at the Portbou cemetery (12:30 p.m). 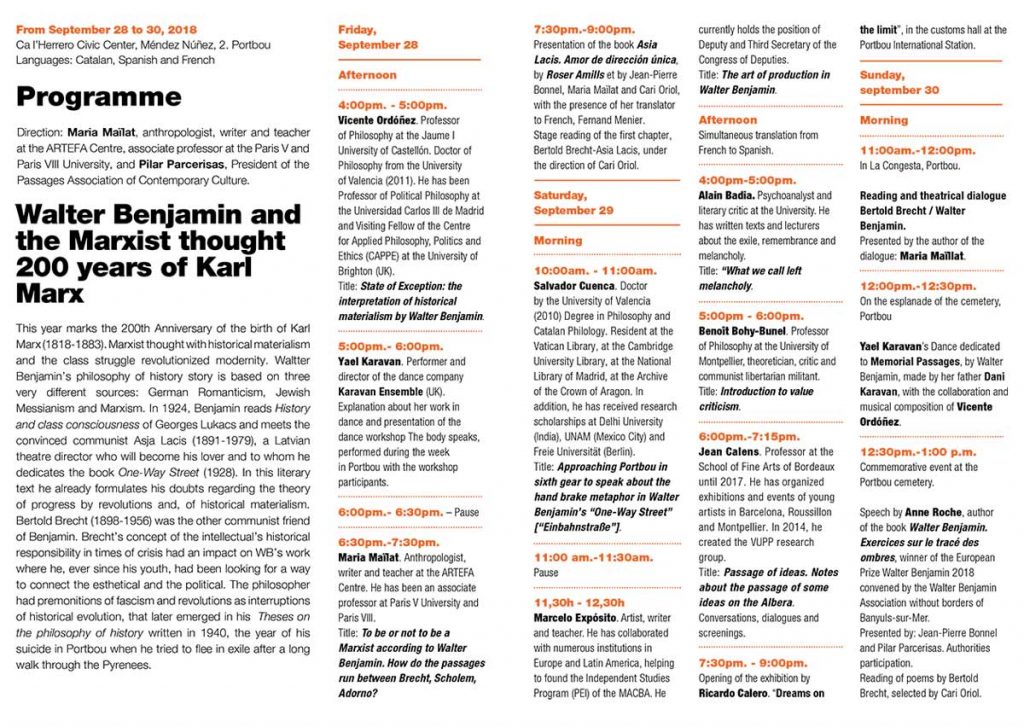